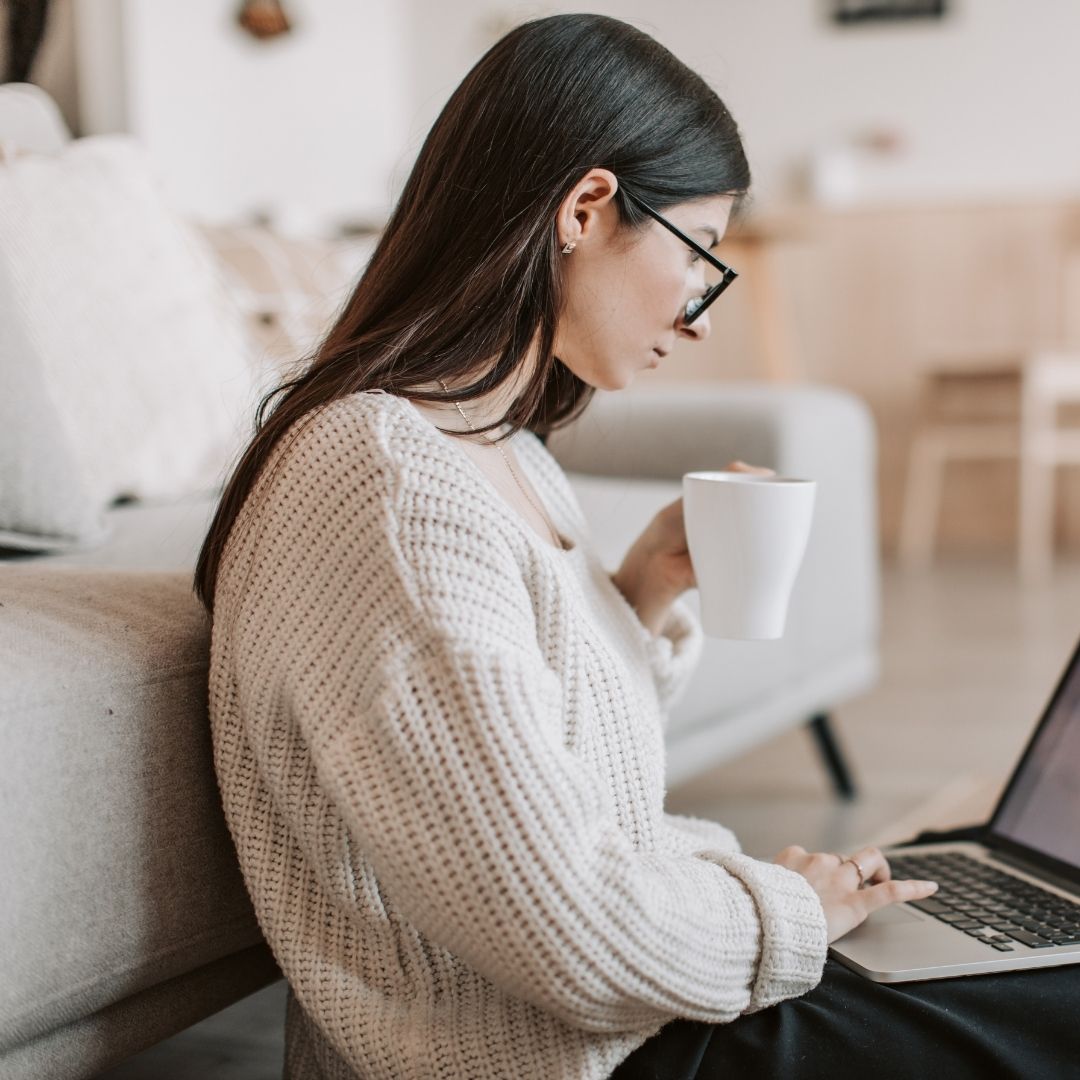 A trip through Southern Asia offers an opportunity to immerse in the local culture through food, art, and experiences. This area of Asia will enchant you by offering a journey befitting all interests. From tranquil beaches to some of the best food in the world and UNESCO World Heritage Sites, visiting Thailand, Cambodia, and Vietnam provide an unforgettable experience.

Creating a travel itinerary can be challenging, so we have curated a Thailand, Cambodia, Vietnam Itinerary (3 weeks) that will help you get the most out of a trip through the southern part of Asia.

The first stop on this itinerary is Bangkok, a city that’s culturally rich with famous landmarks and marked by a lively atmosphere. An exciting nightlife perfectly complements the historical sites abound in this city.

This complex was built in 1782 and was initially a home for the Kings of Siam. It continued to be home to the king of Thailand, the royal court, and the administrative seat of the Thai government for about 150 years. Upon arrival, you’ll be greeted by impressive, ornate buildings, massive sculptures, and murals.

The Grand Palace and surrounding royal buildings, like Wat Pho and Wat Arun, are found in the Rattanakosin area, which is well-known for its tasty food offerings.

Days two and three in Bangkok offer a combination of shopping and additional historical sites. You can round off day three by exploring some lesser-known parts of Bangkok, helping provide a full experience that not every visitor has the chance to encounter.

This Thai shopping mall is one of the largest and most popular in Bangkok. It’s filled with high-end boutiques and shops that provide a luxurious shopping experience while in the city. There are 250 shops to explore, various restaurants, the largest aquarium in Southeast Asia, and a cineplex.

Those seeking good fortune while traveling can head to the Erawan Shrine. While on the smaller side, this shrine remains one of the most popular shrines. It’s nearby Central World, another large mall, and houses a statue of Phra Phrom, also known as the God of Creation.

Thonburi is a less explored area of Bangkok away from the busyness of the city. You can spend a few hours or a day touring the area to learn about daily life in Thailand. Mingle with locals as you visit the more undeveloped section of the city.

After spending a few days walking around Bangkok, you’ll likely need a break. Luckily, Thailand has some of the most exquisite beaches available for sunbathing. These options include beaches, nearby luxe resorts, and more private beaches beloved by the locals.

This beach is only about a 3-hour trip from Bangkok, making it one of the most convenient beach towns to explore. Hua Hin features an array of resorts, theme parks, and restaurants. It’s an excellent family-friendly location accessible via a bus or taxi ride.

The nearby island of Koh Samet provides breathtaking beaches and a tranquil environment. It’s one of the closest and easiest-to-reach islands from Bangkok. Crystal clear waters and pristine sandy areas await you on the island. Elect to spend the day here or stay the night for extra beach time.

After exploring Thailand for seven days and relaxing on the many beaches, it’s time to shift to Cambodia. This country is historically rich yet is quickly becoming known for its art scene. During a trip to Cambodia, exploring the UNESCO World Heritage Site, Angkor Wat, a popular attraction in Siem Reap, is necessary.

The Angkor Wat Complex is massive and requires a full day (perhaps even two) as there are many activities at this historic site. Start your visit with an Angkor Wat Sunrise Tour, then continue to Ta Phrom, a temple famous for its inclusion in the “Tomb Raider” movie. The breathtaking temple is surrounded by fig trees and creepers, creating the perfect balance between nature and manmade buildings.

Ensure you visit the South Gate of Angkor Thom, which offers views of the large-scale carved human faces and Bayon Temple with 54 towers. Sunset is especially appealing at Angkor Wat, so try to stay until the evening to catch this event.

On the final day in Siem Reap, you can stroll through the city outside Angkor Wat. Siem Reap has only a few other attractions to see, so a day is sufficient for exploration here.

A unique stop during a trip to Siem Reap, this museum features an exhibit that explores the threat of landmines in Cambodia. Deactivated landmines and other similar items are on display at this museum.

This area is well-stocked with spas, making it an excellent spot to spend a few hours relaxing with a massage. There are various options, from budget-friendly to more luxurious spas and everything in between.

End the day by spending time on Pub Street, Siem Reap’s notorious nightlife area. Pub Street is in the heart of Siem Reap and offers international cuisine options and traditional Cambodian fare. You’ll find various bars where you can grab a drink along the street.

Phnom Penh doubles as the largest city in Cambodia and the country’s capital. This city is an emerging area for hip cafes, exquisite culinary offerings, and fun bars after spending years wrought by war. Visiting Phnom Penh allows you to explore its new atmosphere interwoven with its history. Below are some attractions to see while in the capital.

This Khmer-style Throne Hall, built in 1866, was created to be the living quarters for the King of Cambodia and his family. It lies alongside the riverfront tourist area in Phnom Penh, making it an easy attraction to find.

As it remains a current residence for the king, certain sections are not open to the public. However, it’s a worthwhile stop as the architecture is impressive. In particular, the Silver Pagoda is a must-see.

Central Market is ideal for those wanting to take souvenirs home. It’s a market that includes everything from pots and pans to cheap clothing and fresh food. You may want to brush up on Khmer so you can practice your haggling skills here.

The trip’s final leg takes you to Vietnam, where you’ll spend the last week. This itinerary section begins in Ho Chi Minh City, the biggest Vietnam city and commercial hub. It’s easy to spend a few days viewing the attractions in this city, from markets to museums and more.

The War Remnants Museum is a top choice for many Ho Chi Minh visitors. This museum features a collection of Vietnam tanks, trucks, planes, and other war equipment. You’ll also find a few different war exhibits to explore inside the museum.

The Ben Thanh Market is another excellent spot to grab a few souvenirs. You’ll find this market offers clothing and other small trinkets. Ho Chi Minh is an excellent place to explore, as you’ll find many flower and vegetable market options. There are additional markets that sell fresh fish, baked goods, and more.

With so many things to see in Ho Chi Minh, a tour will aid you in viewing the top attractions. There are tours that take you to enjoy the various street food options on a motorbike, rowboat tours, walking tours, and more.

A must while visiting Vietnam is spending a few days in the ancient town of Hoi An. It’s an exquisite place to visit, featuring incredible beaches, temples, galleries, cafes, and more. It is a UNESCO World Heritage Site and provides a charming atmosphere for travelers and locals alike.

The most well-known part of Hoi An is Old Town. This area has 800+ shophouses, pagodas, and other buildings. This area of Hoi An was built during the French Colonial era, helping to provide a visually stunning section of the town.

It’s easy to spend a few days taking in the architecture, browsing the shops, enjoying the local cuisine, and visiting the temples.

There are two primary beaches in Hoi An that you can visit, An Bang Beach and Cua Dai Beach. Both options provide lovely spots to swim and sunbathe. An Bang Beach offers more amenities, while Cua Dai Beach is a more tranquil place to visit.

The final days of this itinerary are spent in Hanoi, Vietnam’s capital, and Halong Bay. Starting with Hanoi, which features beautiful temples and picturesque lakes. This city is the second largest in Vietnam, offering plenty of activities and local cuisine to enjoy. If you have extra time, try taking a cooking class here.

While a popular spot to visit, the mausoleum provides a darker, morbid experience as it’s the burial location of the Revolutionary Leader of Vietnam. Here, the leader is on display, surrounded by guards, creating a unique experience in Hanoi.

Hoan Kiem Lake sits nearby the Old Quarter of Hanoi, an area known for its French Colonial buildings and affordable hotels. This lake is one of the most popular spots to visit in Hanoi. In the middle of the lake is the Temple of the Jade Mountain set on a small island. The temple is reachable via a bridge that you can walk over.

Halong Bay is another UNESCO World Heritage Site featuring various islands to explore. This bay is best visited through a boat tour or cruise, as this will allow you to appreciate the limestone karsts that rise from the water and the incredible islands. It’s an extremely picturesque area shrouded in legends.

Looking for more travel inspiration after visiting Southeast Asia? Try visiting some of the most beautiful cities in Africa.

Join our community so you never miss a deal!

We hunt travel deals, tips, hacks, and more weekly to get the best ones for you.