Northern vs. Southern Italy | Which is better to visit? 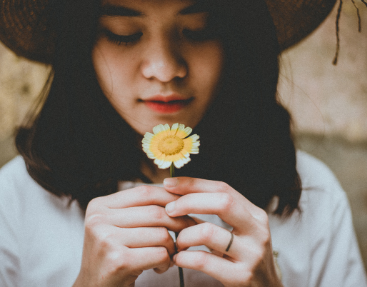 Italy is a stunning destination with exquisite cuisine, world-famous art and architecture, colorful buildings along the breathtaking Amalfi Coast, and incredible white sand beaches. Situated alongside the Mediterranean Sea, this country is one of the top bucket list destinations for many. While it’s easy to decide whether you want to travel to Italy, you may be wondering which area you’ll enjoy most.

Most people don’t realize that the culture, cuisine, weather, and more between northern and southern Italy varies quite drastically. This guide on northern vs. southern Italy will help you create your perfect itinerary and decide which area to visit.

Northern Italian cuisine is largely influenced by various countries such as France, Austria, and Germany. In northern Italy, you’ll find a difference in the meals from province to province. This area is also guided by what the land produces. Lombardia is famous for its gnocchi due to the large number of potatoes that grow in the area. In the mountainous areas of northern Italy, you’ll find dishes using Alpine cheeses.

On the other hand, Southern Italian cuisine is centered around its proximity to the water and warm Mediterranean weather. The climate creates the perfect environment for fresh vegetables and herbs to grow. An abundance of tomatoes in South Italy means the area offers delicious pizza options, especially in Naples.

Like the north, the South Italy provinces each feature distinct types of cuisine. Sicily has a North African influence on its food, so you’ll find dishes such as chickpea stews, risottos, and arancini balls in this area. Travel to Puglia, and you’ll find that most meals center around bread. Some of the most popular dishes in Puglia include fried taralli dough and fresh bread loaves served with olive oil. Those with a sweet tooth will enjoy the other specialties of southern Italy – gelato and cannoli.

Like the culinary differences between north and south Italy, there’s also a large difference in the culture. This cultural difference between southern and northern Italy is due to a few reasons, including nearby countries and the climate in each area.

Northern Italian culture is highly impacted by its proximity to the border of Sweden and the Alps, taking on parts of central Europe/Alpine culture. This influence appears in multiple ways, including the language spoken in each northern province. These dialects are molded by Germany and France, like Franco-Provencal, spoken in some parts of northern Italy and east-central France.

Otherwise, the Alpine culture shows up in other ways in north Italy, like the “transhumance” event, which occurs when summer changes to winter and the livestock in the Alps come down from the mountains. The Alpine culture also influences the cuisine in this area, so it includes meat and cheese-centric dishes.

In comparison, the southern Italian culture is more heavily influenced by its Mediterranean climate. This climate helps produce a large number of olive trees, which has impacted the food in the southern regions. There is a similarity between northern and southern Italy; the southern area also features differing dialects between provinces.

In south Italy, you’ll find the pace much slower than in north Italy. It’s common for stores, restaurants, and other local businesses to close for a few hours in the afternoon to catch up on sleep.

The southern area is also known for its connection to the arts, with many famous opera songs created in Naples. In particular, Puglia is an excellent spot for viewing art as it was once the hub for all goods transported into Italy (including art). Southern Italians are also proud of the creation of pizza occurring here.

When planning a trip to northern or southern Italy, it’s important to consider the weather you’ll encounter. Both areas offer very different weather, which impacts the activities you can do during a trip.

Northern Italy also offers warm, sunny weather, but only from April to October. During the winter, it’s not uncommon to see snow, rain, fog, and colder temperatures. Its diverse weather provides an excellent getaway for those who enjoy winter sports in the mountains and warm weather in the city in the summers.

Part of determining which area to visit is knowing which activities you’d like to pursue and what attractions you want to see. Like cuisine, north and south Italy vary in what they offer regarding things to do.

Northern Italy Things to Do

Verona is a top place to visit in northern Italy. This area inspired the Romeo and Juliet story, making it a romantic spot to travel to with a significant other or spouse. You’ll also find the Verona Arena here, one of the best-preserved outdoor theaters in Italy.

There are also many cities in Northern Italy like Rome (north/central Italy) and Milan. These cities provide a more luxurious stay and are jam-packed with attractions. You’ll find exquisite churches and cathedrals to visit, featuring impressive architecture. These cities are also great for art lovers, filled with galleries and artistic treasures. Rome also offers many historical sites to explore, including the Pantheon, ancient temples, courts, and more.

With the mountains found here in the Italian peninsula, visitors can indulge in various winter sports like skiing and snowboarding on the hills. These same mountains offer excellent hiking opportunities in warmer months.

Tuscany is an idyllic location that will appeal to wine lovers who want to enjoy stunning views of vineyards while sipping on a glass or two of wine. It’s also a location that provides access to many incredible castles that help create a romantic environment for visitors.

If wine doesn’t appeal to you, there’s also Prosecco Road, a region dedicated to Italy’s sparkling wine. Besides tasting prosecco, the region offers stunning villages to explore and mouthwatering cuisine.

Southern Italy Things to Do

Like northern Italy, south Italy provides a long list of things to do. Here are a few highlights that you can add to your itinerary.

Puglia is an excellent place for foodies to visit in southern Italy. This area is well-known for having some of the best wine to enjoy between visiting the many beaches along the coastline. A visit to Ostuni, a seaside town in Puglia, provides views of whitewashed buildings and a relaxing atmosphere.

Visiting Amalfi is a must in southern Italy, as it is one of the most beautiful areas in the country, with its brightly colored homes stretching along the coast. These homes sit on cliffs above the sea, creating a picturesque area.

Gargano National Park is an ideal spot for nature lovers who want to spend most of their time in the outdoors. This park features caves and caverns, beautiful beaches, hiking trails, and 2,000+ plant species.

Southern Italy is also home to islands perfect for exploring, such as Capri and Sicily. Visiting the islands will allow you to enjoy different cuisine and culture than you’ll find on the mainland, even though they’re both in the southern part of Italy.

Keep in mind that these are only a few things you can do while visiting Italy. There are many additional attractions and activities to view throughout Italy. Though, these activities and areas offer a good starting point.

Northern Italy vs. Southern Italy: Who Should Visit

If you’re still stuck on which area to visit, you might want to consider the information below to help you make your final decision.

Northern Italy is great for those looking for a faster-paced trip filled with modern amenities. Here, you’ll experience some of the most famous landmarks and attractions like the Venice canals and the leaning tower of Pisa. This area is great for foodies who enjoy hearty, rich cuisine centered around meat, cheese, and dairy sauces. It’s also ideal for people who don’t mind shifting weather (including rain or snow).

Southern Italy is perfect for those who enjoy traveling more slowly and want a relaxing vacation. The warm weather is ideal for sunbathing at the many beaches. Foodies who enjoy lighter foods similar to what you find in the Mediterranean will love spending time in southern Italy. It’s also an excellent spot for learning about local culture. As a side note, southern Italy is typically more affordable, so it’s a great destination for those with a tighter budget.

Italy is a stunning country to visit, jam-packed with art, culture, architecture, cuisine, and history. Due to its many offerings, selecting an area to explore is best. Use the above information to help you decide between northern vs. southern Italy for your next trip!

If you’re planning multiple international trips and are looking for more areas to visit, consider a trip to Kenya or Tanzania. This article will help you decide which location to visit next after scheduling a north or south Italian vacation.

Join our community so you never miss a deal!

We hunt travel deals, tips, hacks, and more weekly to get the best ones for you.